I’ve called on the Rudd Government to ensure that midwives and nurse practitioners have the right to practice without medical veto from another profession. I’m currently preparing amendments to the Government’s bills if the Government doesn’t change its position.

Midwives and nurse practitioners have been told they can access the MBS and be given the opportunity to provide women with greater access to midwives and greater choice when it comes to giving birth, but the Government is now trying to qualify that and effectively say midwives can only practice with the consent of doctors, I’m very concerned about that.

First we’ve seen the legislation dismiss the needs of women who wish to have a safe birth at home by initially outlawing the ability for a midwife to offer assistance for a women wishing to make that choice, then we saw a reversal by the government and the offer of a two year exemption for homebirth midwives, then the government introduced an 11th hour amendment to their own amendment that inferred that medical practitioners would have the right to veto access to the MBS for midwives and nurse practitioners. The Greens initiated a second Senate inquiry into this legislation and now it seems the government are saying that the regulations will deal with the specifics of the collaborative arrangements and that we are not to worry.

I have had many calls and emails from women who are very concerned about this issue, they want the right to choose and many want to be able to have a homebirth. The Greens support that right to choose. 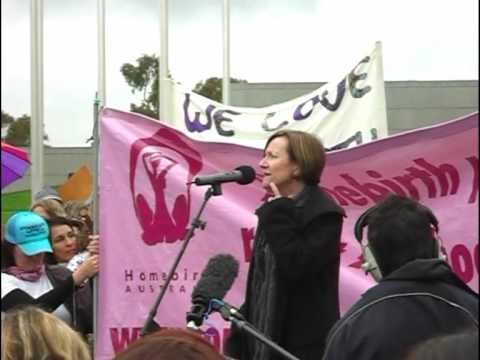